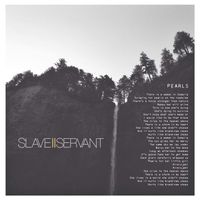 From the recording PEARLS* (SADE COVER)

This is our version of the powerful 1992 song "Pearls" originally performed by: Sade from her flawless masterpiece of an album 'Love Deluxe'. This version was originally recorded back in 2016 during the very first SIIS recording sessions at 3 different locations and was the only recording to feature Nathaniel Howdeshell on Bass as well as Jamie Woolford on additional Bass. It was picked back up in 2019 and finished in the studio and then mixed in 2020 by Jamie Woolford. / Sam Swanson: Vocals, Electric Guitars, Programming, Keys
Jesse Sprinkle: Drums
Nathaniel Howdeshell: Bass Guitar
Jamie Woolford: Additional Bass Guitar